Particle animation: isn’t that something to do with physics?

If you’re wondering how particle animations work, going back to their beginnings is a pretty good start. In 1982 cinema viewers were treated to one of the first on-screen particle simulations in Star Trek: Wrath of Khan. Kirk, Spock and Dr McCoy watch as one Dr Carol Marcus explains the genesis project in a pre-recorded presentation. The trio see the Genesis Demo as a simulation on a computer. In the magazine American Cinematographer, Alvy Ray Smith described the 67 second sequence as created from several different computer-generated components, including the particle animation of fire spreading across a planet created from code written by Bill Reeves. Beginning with a projectile (the genesis torpedo) speeding toward and hitting the planet surface, the sequence continues with a fire, initially at the point of explosion before spreading out. Immediately, other CG elements populate the imagery – fractal mountains, lakes, oceans of water, and finally an atmosphere looking like that of Earth complete the evolution of the new planet from its fiery origins.

The Genesis Demo set the foundation for the thirty-five years between now and then. Bill Reeves’ 1983 article ‘Particle Systems,’ is a great place for starting to get to grips with particle animation. Reeves writes in a very informative way, and you don’t need to be able to make sense of the equations to gain some insight into his software. As he explains, when creating a shape using particles, its dimensions are given by the volume of a particle cloud, meaning the specific boundaries of it’s shape are not fully defined (he uses the word determined). Because a particle cloud is continuously generated, objects created in this way are dynamic and fluid, as opposed to static. This makes particle animation ideal for ‘fuzzy systems’: smoke, fire, clouds, moving water, sparks, fog, snow, and dust. For particles animating the spread of fire across a planet, their motions and transformations are tied to the solution of equations. These form the basis of algorithms that mathematically model the physics of natural phenomena, water crashing down from a height, the swirl of snow or smoke. Reeves included a randomised (stochastic) input that controlled the emission of the particles, and the software also granted a model builder some control over how the physics of the system would play out. As Reeves explains it: ‘To control the shape, appearance, and dynamics of the particles within a particle system, the model designer has access to a set of parameters. Stochastic processes that randomly select each particle’s appearance and movement are constrained by these parameters.’ The Genesis Demo wasn’t the first time that particle animation was used for things like smoke and galaxies, but Reeves introduced randomness and a degree of creative control to the process. 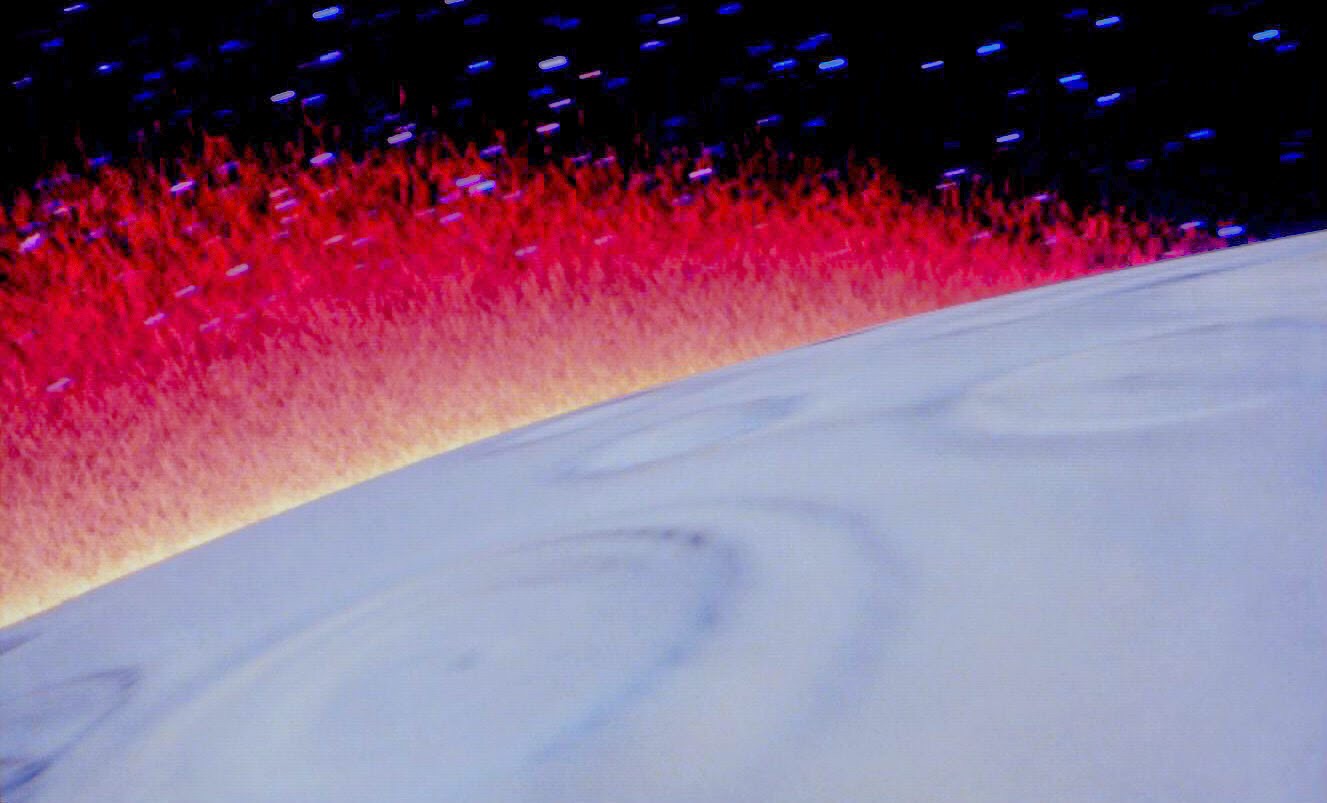 Still: particle animation of fire used in the Genesis Demo

In the thirty five years since Star Trek: Wrath of Khan, particle animation software has developed, with packages like Houdini, Maya’s Particles and Blender widely used in visual effects for cinema, animation and games. These increasingly sophisticated systems still rely on solving equations to simulate an object such as water in Moana or sand in Mad Max: Fury Road’s toxic storm. Simulations are often widely applauded for their degrees of accuracy in the movements and transformations of particles. At the same time, developers constantly aim to enhance the control available to visual effects artists. While particle animation algorithms are designed around physics, visual effects are not just about simulating reality. Often, something dramatic is what’s needed, and that is where artistic control comes in. The challenge for software developers is too make their packages open to artistic control. The challenge for people interested in cultural politics is to understand the ways and the extent to which simulations are not altogether real.